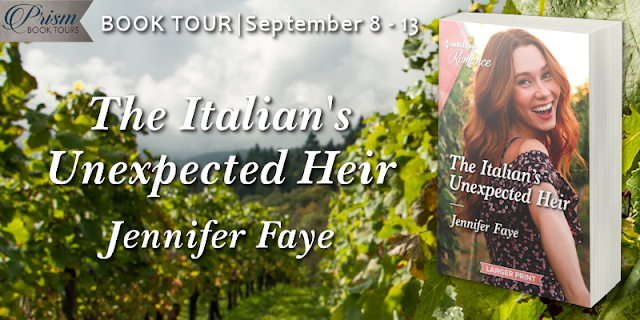 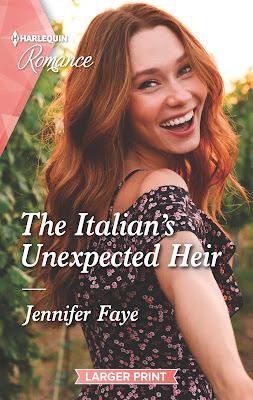 
that one night will never be enough!

Reeling from the secrets that have torn his heritage apart, Enzo Bartolini is set on selling his family's Tuscan vineyard and trying to forget the impulsive, dazzling night he and best friend Sylvie shared in Paris. While the sale moves forward, the thrilling awareness between him and Sylvie is harder to move past especially when she upends Enzo's world by revealing she's carrying his baby! 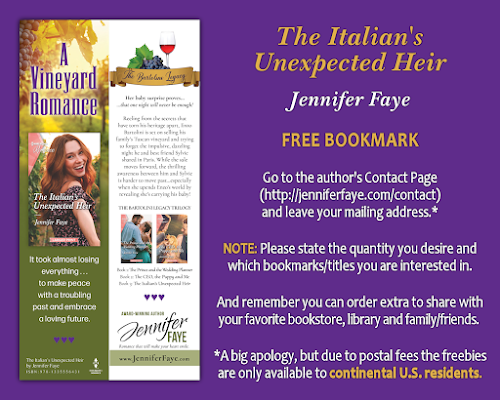 Go to Jennifer's Contact Page HERE and order your bookmark(s)!


Other Books in the Series 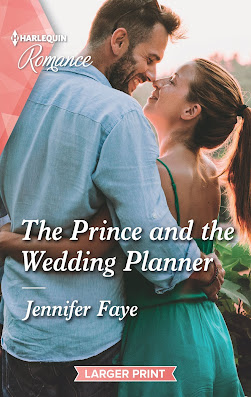 The Prince and the Wedding Planner

With her family name on the line, wedding planner Bianca Bartolini needs this royal wedding to go perfectly she can't afford distractions. Too bad the bride's dashing brother has other plans! Duty-bound Crown Prince Leo has mere weeks to announce his own engagement, but none of the candidates measure up to Bianca. They're the most unlikely match, but might that just make them perfect for one another? 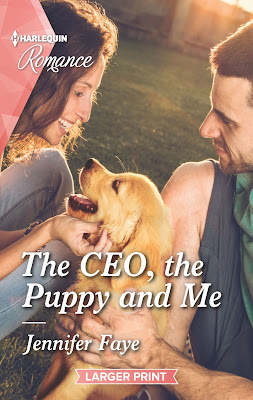 The CEO, the Puppy and Me

Has the search for her past

guided her toward her future?

Gia Bartolini's determinedly searching for her real father. First stop on the enchanting Italian island of Lapri? A mysterious abandoned mansion where, rescuing a trapped puppy, she falls straight into the arms of alluring Riccardo Moretti! Her passion for the all-business CEO burns bright, leaving Gia with a question: In uncovering her true roots, has fate led her to true love? 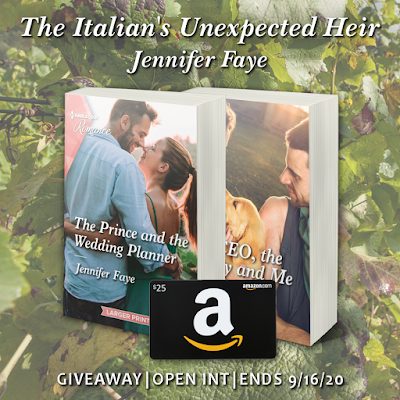 One winner will receive a $25 Amazon gift card and a copies of THE PRINCE AND THE WEDDING PLANNER and THE CEO, THE PUPPY AND ME, winner's choice of print (US only) or ebook

Thank you in advance to the author, Jennifer Faye, and Prism Book Tours for providing an advanced review copy. A positive review was not required or requested, and all words are my own.

I cannot believe it has been five (5) months since I was introduced to the Bartolini siblings in “The Prince and the Wedding Planner”.

This is the third book in the series, and to be honest – while each one “can” be a standalone read, they’re all best read together. Since the third book has been released, the series would make a nice weekend binge read. They’re large print and definitely “short” reads.

The cover image is slightly different than the other two as it does not feature a “Bartolini sibling”. Instead, the cover apparently features Sylvie, the “love interest” (or rather eventual love interest) of Enzo Bartolini.

This book features physical appearances of Biance and Gia. I really loved Sylvie in this. We got to meet her in the first book “The Prince and the Wedding Planner”. Enzo was a bit annoying. It seemed he spent most of the novel brooding and wallowing in self pity. That was a bit off-putting to me. Him feeling like he failed his sisters and the home was a reminder was also a bit sad.

This was definitely an interesting and slightly dramatic end to the trilogy. The last few pages really moved the story along and I was surprised when it ended.

Like Faye’s previous novels in this series; the writing is descriptive, vivid, and colorful. Her pace isn’t slow or rapid. The writing for these novels is much different than for the Hallmark Book “Christmas in Bayberry” that I also got to read and review.

I definitely enjoyed this book as I read it. The only reason it took me a few days to read it was that I was rather busy with a few things over the time. I know three (3) days isn’t too bad, but usually books like this are at most a 1-2 day read.

There is an off-page sex scene, and the “virgin” sex deal that some readers might take issue with despite the tact and sensitivity that Faye writes it with. Enzo’s regret is sweet and charming. Other than that, this is a fairly clean read.

As I had read the previous two novels, I was surprised at one part of this. The one “secret” Enzo was holding on to was something that led to what I thought was a plot hole.

However, Faye did a wonderful job at sewing up that end and explaining it, though the explanation was a bit down the road. There was the issue of “timing” in the novels. In this one, it had been a year since their parents’ death (which occurred prior to the beginning of “The Prince and the Wedding Planner”). In this book, it is nearing December which is the countdown to Bianca’s wedding.

Yet, in the first book, I thought Bianca’s wedding was a few months away from the end of that novel. There is a line on page 7 – “I will take the throne by the New Year …” that seems to indicate that the new year is approaching by the end of that novel – not “the next year”. On page 228, the queen tells Bianca “And, his wedding will be later this year”

Also, while Gia’s story (“The CEO, The Puppy and Me”) ended on a happily ever after – there is no mention of Ric in this novel and I was a bit surprised by that. Those who’ve read that story will likely see what I am talking about.

Those things happen, but it is something to mention with regard to the plot. Those were the only things I could find that seemed out of place.

I definitely wanted to read this book to see the conclusion of this series, as well as read Enzo’s story. The plotline about the baby isn’t revealed until about the last third (1/3) of the story. The first part deals with his decision regarding the estate and vineyard.

It was beautiful to see Enzo learn that the idea of family is what makes a home special. That lesson is endearing and beautiful. It is only when something is threatened that we see its value along with how much it means to us. In addition, we often have to make peace with life’s decisions.

One key piece of advice Enzo’s father imparted, that is so beautiful, and I feel that is very relevant right now –

“Life never goes the way you planned. It’s finding your way through life’s detours that’s worth the effort.” (pg. 114)

I definitely would be interested in a “follow-up” to conclude the Gia/Ric and Enzo/Sylvie stories.

For the most part; reading this was like being on an exotic vacation with no worries, lots of excitement, some drama, sweet moments, a lot of precious moments stuffed in it, along with the lessons. I truly enjoyed reading this and can’t wait until I finish the never-ending TBR to re-read these all together.

Fans of Faye’s writing and those who’ve read the previous two novels in this series will more than likely enjoy this read. 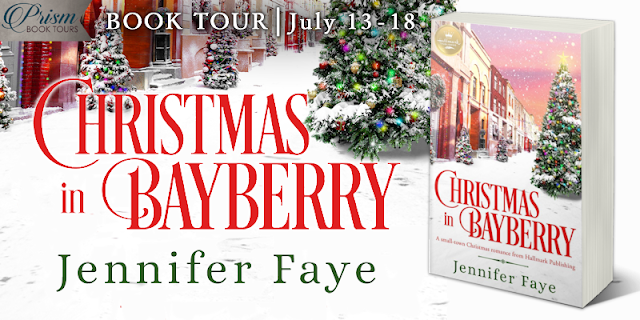 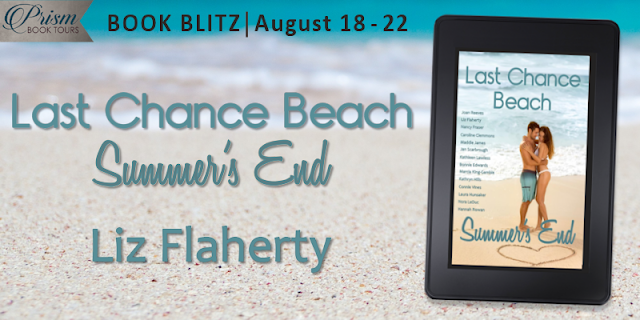